Just wrapped up on one of our display pieces for a fellow named Ian hailing all the way from Paris.

Yep, this charming little beastie is the Runner (Dog Alien) from Alien 3!

Absolutely gorgeous model despite its age, it was a rather easy build although one or two edges and seams took a fair bit of filing to get relatively in alignment, but that’s not uncommon for older plastic casts.

He’s painted in a mixture of Vallejo Game Color paints, predominantly a large mixture of Khaki, Charred Brown, and a half dozen other browns drybrushed on lightly in layers to build up a simple base. Various greens and olive colours and a little more dark brown was applied in strokes over lots of the various curves and vents to dapple the surface somewhat and give us some variation. After that a great deal of wash layers helped to blend everything together.

The head was a little more tricky. Xeno here is composed of a standard plastic head with a clear plastic shell that fits over his cranium. I minimised the seam as much as I could and worked on giving a nice transition from black to the orange, brown and cream colours, actually dappled the surface before airbrushing it back to smooth tones given the nice contrast that makes with the comparatively rather noisy body. Finally, lots… and lots… of gloss varnish. A xeno has to look slick and sexy while he’s killing convicts right?

Thanks Ian, absolute pleasure to do. 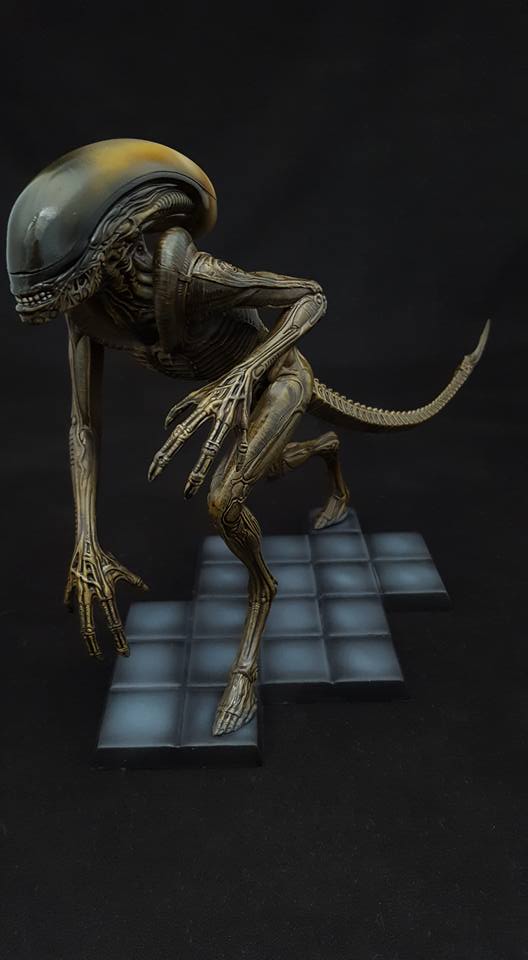 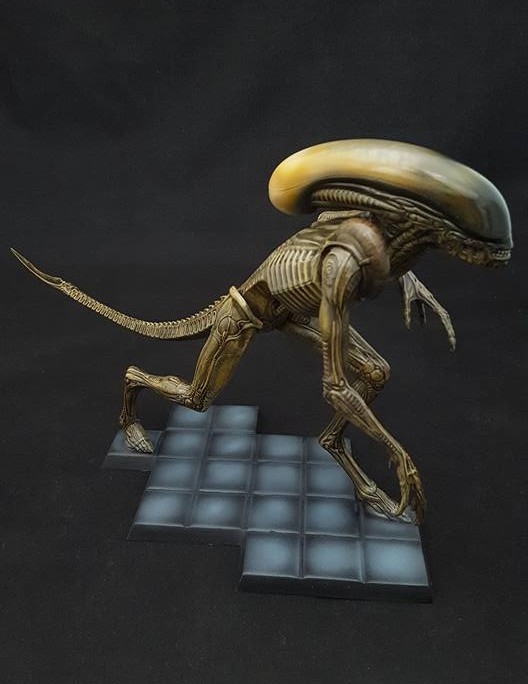 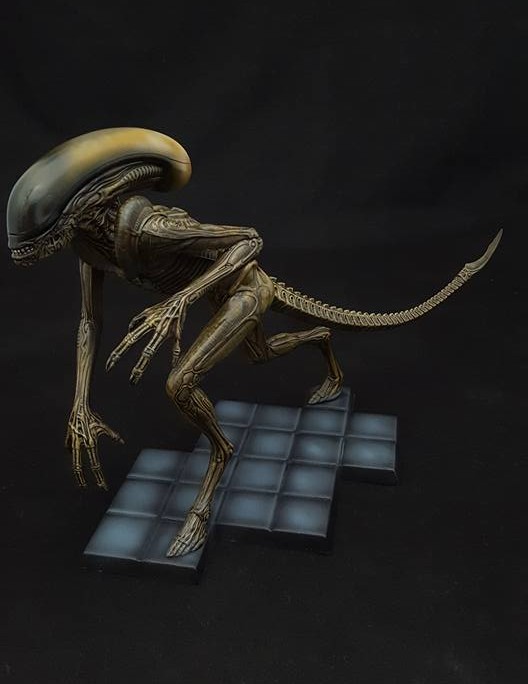 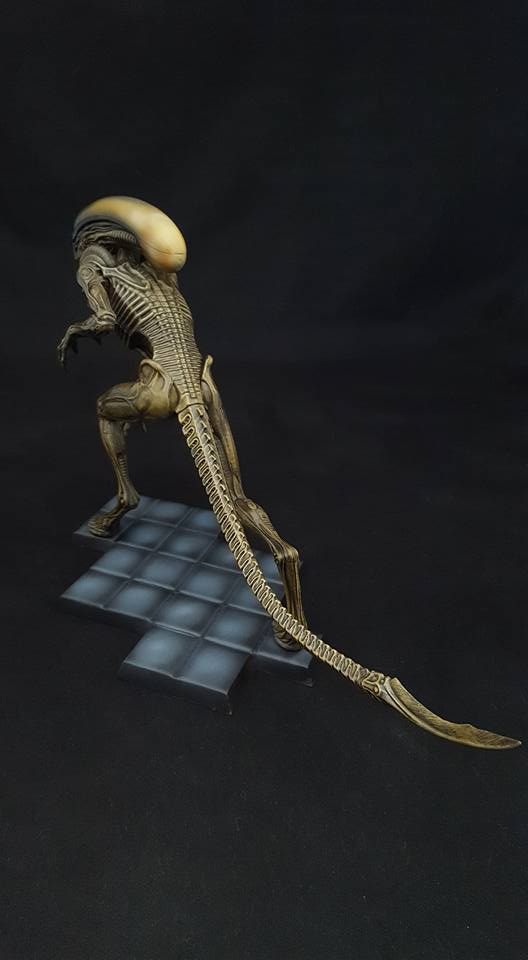 Scroll Up
We use cookies on our website to give you the most relevant experience by remembering your preferences and repeat visits. By clicking “Accept All”, you consent to the use of ALL the cookies. However, you may visit "Cookie Settings" to provide a controlled consent.
Cookie SettingsAccept All
Manage consent

This website uses cookies to improve your experience while you navigate through the website. Out of these cookies, the cookies that are categorized as necessary are stored on your browser as they are essential for the working of basic functionalities of the website. We also use third-party cookies that help us analyze and understand how you use this website. These cookies will be stored in your browser only with your consent. You also have the option to opt-out of these cookies. But opting out of some of these cookies may have an effect on your browsing experience.
Necessary Always Enabled
Necessary cookies are absolutely essential for the website to function properly. This category only includes cookies that ensures basic functionalities and security features of the website. These cookies do not store any personal information.
Non-necessary
Any cookies that may not be particularly necessary for the website to function and is used specifically to collect user personal data via analytics, ads, other embedded contents are termed as non-necessary cookies. It is mandatory to procure user consent prior to running these cookies on your website.
SAVE & ACCEPT