My name is Peter and the latest artist to come on board with Raven’s Nest in April.

A little about me first (as I am the new guy here) I’ve been painting and collecting miniatures since I was 12 (1989) so that makes me quite old.

I joined Raven’s Nest in April after deciding I wanted to paint more figures than I had time to (one of the reasons I opened a store!) and have been welcomed on board and been painting lots!

I tend to specialise in small skirmish games like Necromunda and of course Privateer Press, but have painted lots in the past few years!

I mostly play Necromunda (Escher), Warmachine (Retribution, Trolls, Cryx and Legion) 40K (DeathWatch) and Age of Sigmar (Tzeentch), as well as plenty of board games. I have also been known to play Magic.

So enough about me (you have come here to look at models!) here is the first submission from myself. Some Bolt Action German PanzerGrendiers (with Transport) and some US Infantry circa D-Day invasion.

Of course painting Historical miniatures needs lots of research so I may have watch Band of Brothers a few times! Resources like this are really useful when it comes to colour matching and general reviews of how things like Camo looks and the wear that occurs.

I must say I enjoyed painting them, a good break from painting Space Marines and WarJacks, plus I love doing Camo! 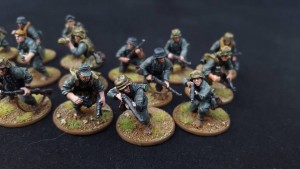 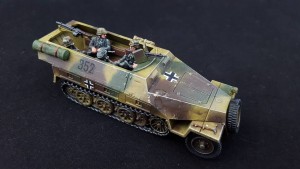 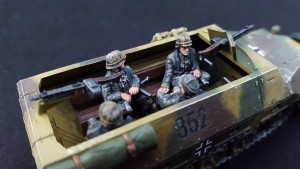 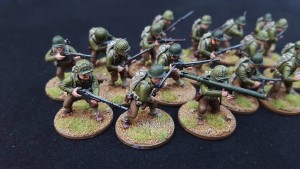 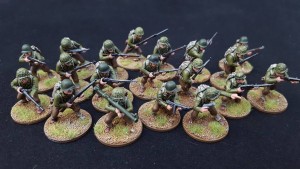