Quite a few projects have completed in the last few weeks including no less than three full Adeptus Mechanicus armies; 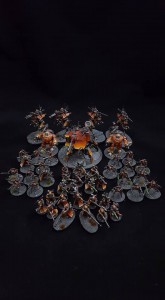 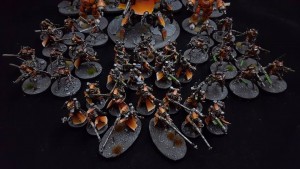 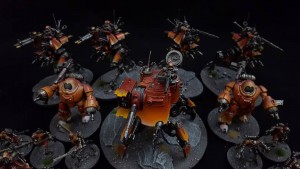 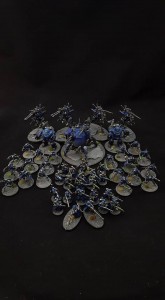 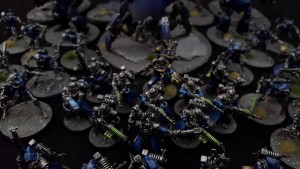 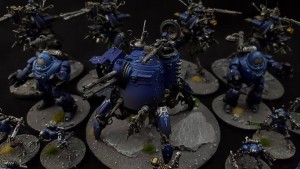 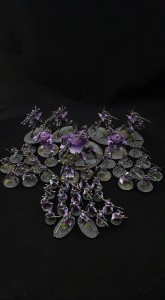 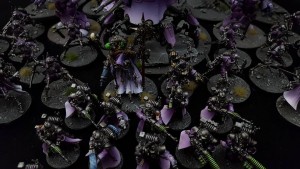 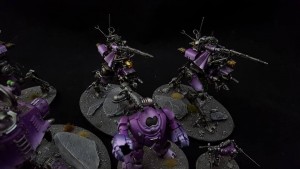 Not to mention another detachment of Emperor’s Children; 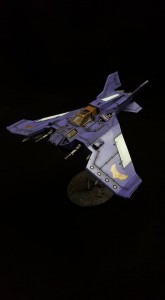 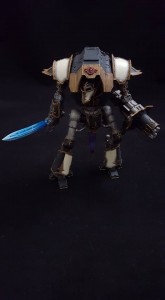 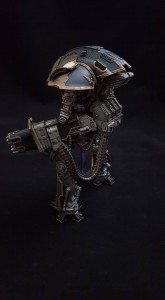 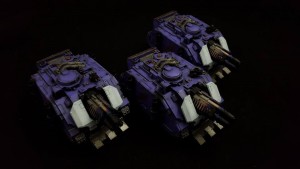 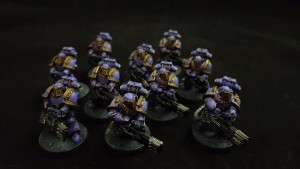 We’ve also cleared a number of our smaller orders; 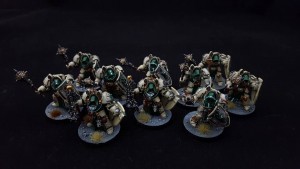 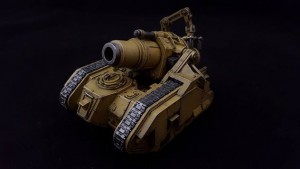 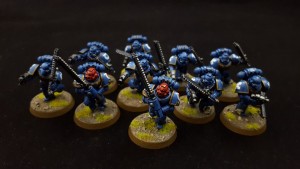 So, huge amounts are getting completed, and we have yet more projects hitting the work tables during the last week. If you’re still waiting on your project, hopefully the above will show you that we’re clearing through the work at a burning pace. It’s probably mostly down to the Ork Runtherds we hired to keep their whips at our backs!

So what next I hear you ask…

Currently, Ben having completed his deathwing above is working on a few ebay orders including a Tesseract Vault and completing his Dark Talon soon. I’m working on various character orders, along with a Biel Tann eldar army, some deathwatch orders and a Skitarii army soon to begin, while Paul is handling a number of Horus Heresy Characters. Sam’s table is covered with Dark Angels and more Emperor’s Children, and if that wasn’t enough we more lined up and have deposits paid now on several new armies for January and a few fresh ebay orders.

A few of you have asked the obvious question of whether your order will arrive for christmas. If anyone is pondering that, get in touch and we’ll let you know as best we can. A few of the smaller orders will indeed be completed in the next few days and may fit in, with others popping in at the end of the month or the beginning of January. We’re burning the midnight oil and will do our best to get shiny plastic creations under your christmas tree if we can.

So keep em coming everyone!